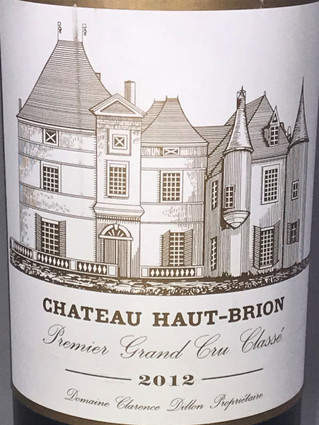 V97
Vinous
A big, powerful wine, the 2012 Haut-Brion possesses stunning richness and intensity, with all of the depth that is lacking in so many other wines in this vintage. Not here. The 2012 possesses remarkable depth and tons of raw, animal power that is going to require considerable time in bottle to soften. Readers should be in no rush; the 2012 Haut-Brion is a wine for the ages. Smoke, graphite, dried herbs and blue/purplish stone fruits grace the exotic, alluring finish.
RP96
Robert Parker's Wine Advocate
Tasted blind at the Southwold 2012 tasting, the 2012 Haut-Brion has an open and generous bouquet with blackcurrant pastille, cassis and briary aromas the exude very pure Merlot. The palate is medium-bodied with a sumptuous opening that is rare in 2012: rounded and generous, caressing in the mouth with black plum and blackcurrant towards the finish, residues of truffle and white pepper lingering on the aftertaste that turn very savory after 15 minutes—bacon fat or Italian cured meats. There is a lot to love about this Haut-Brion although in this blind showing I scored it the same as La Mission Haut-Brion. Who will stick their neck out as the two wines mature? Tasted January 2016.
Rating: 96+